Tommy is an active member of STYX.  To find out more, visit their official web site.

Tour information can also be found there. You can also follow the band on:

Here is a look at all members of the current version of STYX and what Tommy has to say about each of them.

“James Young is unselfish, generous, dedicated, focused, untiring, diligent, and has the best mind of anyone in our organization.” – Tommy Shaw 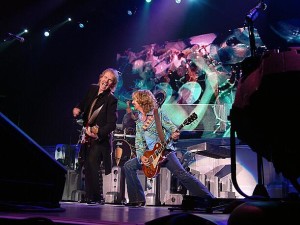 Despite his degree in mechanical and aerospace engineering, James Young joined Styx in 1970 just before the recording of the album “Styx I”. J.Y. stands out with his hard rock look and style which please a great number of Styx fans. In fact, the other members now refer to him as the “Godfather of STYX”.

“Chuck Panozzo is the toughest guy in the band, a late bloomer who recently stared death in the face and death backed down, who’s happier now than I have ever seen him, looks like a million bucks, and is an inspiration to us all.” – Tommy Shaw

Chuck Panozzo is one of the founding members of STYX and now makes appearances once in a while.

“Lawrence Gowan is extremely talented, positive, energetic and uninhibited, a terrific storyteller and the lowest maintenance guy in the band.” – Tommy Shaw

Even though he was born in Scotland, Lawrence Gowan considers himself a true Canadian.  Before joining STYX in 1999, he was enjoying a solo career as Gowan in Canada and was one of the top selling artists of the 80’s.

“Todd Sucherman is the sweetest, funniest, most versatile musically, most dedicated to his instrument and the king of bus DVD/Video entertainment.” – Tommy Shaw

Todd was asked to help STYX in 1996 with some recordings and touring as original drummer John Panozzo, was not doing well.  He has been with the band ever since.

“Ricky Phillips is a true kindred spirit, and a natural born STYX man.  He has embraced the role of bassist in this band and overnight made it his own. He brings more to the table than he takes away, and is an enthusiastic team player” – Tommy Shaw

Ex-member of The Babies and Bad English, Ricky joined STYX in 2003 and has been touring with them ever since while still doing other personal projects.